You Are Here:
Home →
Health Topics →
HIV/AIDS Medicines
URL of this page: https://medlineplus.gov/hivaidsmedicines.html

HIV stands for human immunodeficiency virus. It harms your immune system by destroying CD4 cells. These are a type of white blood cells that fight infection. The loss of these cells makes it hard for your body to fight off infections and certain HIV-related cancers.

Without treatment, HIV can gradually destroy the immune system and advance to AIDS. AIDS stands for acquired immunodeficiency syndrome. It is the final stage of infection with HIV. Not everyone with HIV develops AIDS.

What is antiretroviral therapy (ART)?

The treatment of HIV/AIDS with medicines is called antiretroviral therapy (ART). It is recommended for everyone who has HIV. The medicines do not cure HIV infection, but they do make it a manageable chronic condition. They also reduce the risk of spreading the virus to others.

How do HIV/AIDS medicines work?

HIV/AIDS medicines reduce the amount of HIV (viral load) in your body, which helps by:

What are the types of HIV/AIDS medicines?

There are several different types of HIV/AIDS medicines. Some work by blocking or changing enzymes that HIV needs to make copies of itself. This prevents HIV from copying itself, which reduces the amount of HIV in the body. Several medicines do this:

In some cases, people take more than one medicine:

When do I need to start taking HIV/AIDS medicines?

It's important to start taking HIV/AIDS medicines as soon as possible after your diagnosis, especially if you:

What else do I need to know about taking HIV/AIDS medicines?

It's important to take your medicines every day, according to the instructions from your health care provider. If you miss doses or don't follow a regular schedule, your treatment may not work, and the HIV virus may become resistant to the medicines.

What are HIV PrEP and PEP medicines? 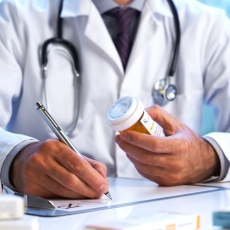