You Are Here:
Home →
Health Topics →
Alcohol Use Disorder (AUD)
URL of this page: https://medlineplus.gov/alcoholusedisorderaud.html

What is alcohol use disorder (AUD)?

For most adults, moderate alcohol use is probably not harmful. However, about 18 million adult Americans have an alcohol use disorder (AUD). This means that their drinking causes distress and harm. AUD can range from mild to severe, depending on the symptoms. Severe AUD is sometimes called alcoholism or alcohol dependence.

AUD is a disease that causes:

What is binge drinking?

What are the dangers of too much alcohol?

Too much alcohol is dangerous. Heavy drinking can increase the risk of certain cancers. It may lead to liver diseases, such as fatty liver disease and cirrhosis. It can also cause damage to the brain and other organs. Drinking during pregnancy can harm your baby. Alcohol also increases the risk of death from car crashes, injuries, homicide, and suicide.

How do I know if I have an alcohol use disorder (AUD)?

You may have an AUD if you can answer yes to two or more of these questions:

In the past year, have you:

If you have any of these symptoms, your drinking may already be a cause for concern. The more symptoms you have, the more serious the problem is.

What should I do if I think that I might have an alcohol use disorder (AUD)?

If you think you might have an AUD, see your health care provider for an evaluation. Your provider can help make a treatment plan, prescribe medicines, and if needed, give you treatment referrals. 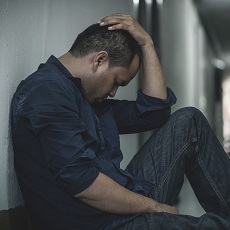